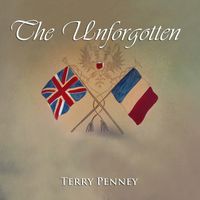 From the recording The Unforgotten

Normandy In Newfoundland
©2000
By Terry Penney

He’s staring out the window, moon is shining down
Ghostly like the colour of his hair
He doesn’t see me, doesn’t look around
It’s like he isn’t even there

I couldn’t help but wonder what’s been troubling the man
And so I ask his darling wife
And she said, “Well, he’s still haunted by the fight
And it’s Normandy in Newfoundland tonight”

His memories dragged him back to a time when he was young
1944, June the 21st
Fighting in France, hiding from the Hun
In some ruined Catholic church
Just beyond the walls of God was Hell and blood and hate
And as the moon lit up the foreign sky
He heard himself say to a comrade , “I
Wish Normandy was Newfoundland tonight”

He said, “Overseas, friend, I’ve been there a thousand times
Fishing fearless, a tiny boat adrift
But this overseas - a different kind of thing
I’m frightened every moment that I live”